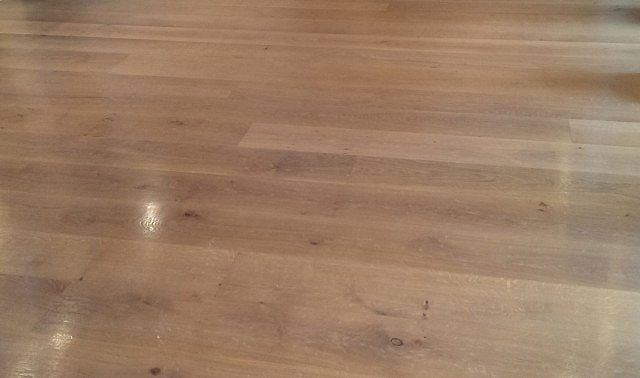 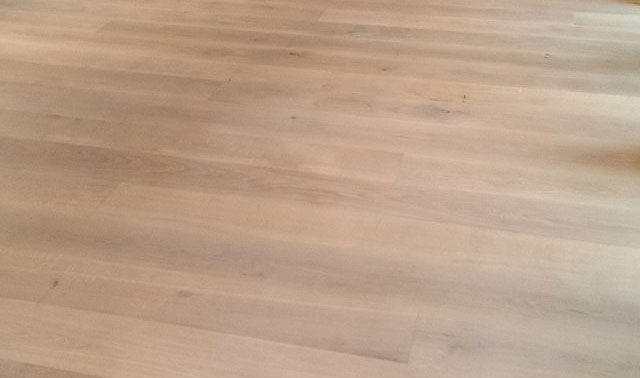 As part of our deep clean and re-oil service we thoroughly cleaned this lovely Dinesen Oak floor ensuring black scuff marks and other dirt were removed. The floor was then vacuumed and tack mopped to remove debris that could potentially get stuck in the oil. Due to the special requirements of the customer a 95 % Dinesen White to 5% Dinesen Rustic Oil mixture were mixed. Using our Numatic buffing machine and a red contractor pad we buffed the oil into the grain of the wood. The oil is then left for a short while so the floor is saturated and the white pigments remains in the wood. The excess oil is then buffed off using an oil cloth. The whole procedure leaves the floor looking re-vitalised and gives the Dinesen Oak floor a slight sheen.